Micki Seligson is a neighbor and friend. We met for tea at Sofra in Cambridge, MA.

How Will We Live Tomorrow?

“I am an instrument. I am a good therapist because I’ve been everywhere.

“I was born the day before Pearl Harbor. My father went to war. My mother was British. She suffered the trauma of being away from home while England was being bombed by Germany, the trauma of having her husband gone and having a young child.

“I married Sandy in 1961. Getting married was what we were supposed to do, I never thought of doing anything else. He was the Assistant Rabbi at our temple; my father was Chief Rabbi. Think about that. 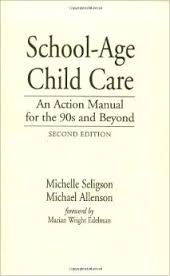 “Sally was born in 1965, Jon in 1968. After the children were born we tried to live communally in Brookline. We had the intention to do different but the flesh was too weak to make the jump. Instead, I got involved in NOW and in 1969 we created a childcare center. In 1969 I had no idea what a childcare center even was. I had no idea what I was doing – none. Childcare came out of an interest to live communally, and, as it turns out, my entire career launched from that.

“I never lived alone until I was 50, except for between men. Living alone was positive; it was powerful. I didn’t have an object outside of me. Living alone developmentally is important; otherwise others define and contain us.”

For more than twenty years, Micki has lived alone. But she foresees a time when that might not be viable. She has friends who have developed Alzheimer’s or cancer and changed their living situation to adapt. Micki joined the City of Cambridge Silver Ribbon Panel on Senior Housing, which published a report on aging in Cambridge as well as a separate report on housing options. But Micki’s interest in how we will live as we age transcends policy and real estate:

“I can imagine putting people together and talking about how we will live tomorrow and something coming of it. I am entrepreneurial. I want to deal with all the realities of aging. I am intrigued by ‘Death Cafes’ and plan to hold a death cafe at the institute, the C.J. Jung Institute in Newton.

“My fantasy is that people in my age range, anywhere from mid-fifties to 80’s, come together to talk about what we’d like life to be like as we move into that inevitable unknown space. My son is active in a movement called Digital Detox and Camp Grounded, where adults come for weekends and retreats sans technology, and just play and sing and eat together and camp out and have an experience in nature. I have an idea that his organization might just be interested in an older cohort coming to camp but with a slightly more focused purpose: to talk about life as a community of elders and how to achieve some sort of community that supports and provides sustenance of all kinds to its members.

“Although aging is a logical focus for me at this time in my life, I am still concerned about broader issues. What is happening to basic human impulses? Computers? Technology? The dissolution of feminism? The demise of the women’s movement? Information overload is smothering us. We know about tragedies now, all over the world. But we can’t do anything about them. It makes you want to hunker down.”

Greetings reader. I am a writer, architect, cyclist and father from Cambridge, MA. My primary blog, theawkwardpose.com is an archive of all my published writing. The title refers to a sequence of three yoga positions that increase focus and build strength by shifting the body’s center of gravity. The objective is balance without stability. My writing addresses opposing tension in our world, and my attempt to find balance through understanding that opposition. During 2015-2106 I am cycling through all 48 mainland United States and asking the question "How will we live tomorrow?" That journey is chronicled in a dedicated blog, www.howwillwelivetomorrw.com, that includes personal writing related to my adventure as well as others' responses to my question. Thank you for visiting.
View all posts by paulefallon →
This entry was posted in Responses and tagged C.J. Jung, City of Cambridge Silver Ribbon Panel, Death Cafe, Jung Institute of Boston, Michelle Seligson, Micki Seligson, NOW. Bookmark the permalink.