John Cawley opened his unusual home to me as a warmshowers host. The Stone Cottage is a solid Civil War era commercial building with a central entry and two generous rooms. The building sits at the end of Cazenovia’s main street, on the shore of Lake Cazenovia. Some 1950’s additions expanded the structure into a residence. Now the building has five distinctly different rooms. The formal living room, which was originally a law office, contains some of the most beautiful molding I’ve ever seen.

But don’t just visit to see John’s house. John is ten to fifteen years my senior, and during our evening together I came to appreciate his energy, values, and perspective. By the time I left the following morning, I realized that John provides a great model for how we can age with respect for our past and our losses, as well as vigor and meaning for the present and future.

John had a varied career in business, working for Geico and Citibank before eventually becoming expert in municipal finance. He attended eleven different schools growing up, and didn’t want to replicate that experience for his own children, so handled finance for the City of Scranton during their formative years. By the time they were grown, and the promises of local politicians made Scranton’s finances unstable, John moved to smaller cities on Maryland’s eastern shore and eventually came to upstate New York to be near his grown children.

John was married 47 years. His wife developed arthritis that settled in her organs, and eventually crippled their function. It was a long, painful death, accelerated in the end when John’s wife stopped eating. “Religion had nothing to offer me when my wife died. Her suffering defied reason.” So, John bought a Miata, stuffed a backpack in the passenger seat, and toured the West. He hiked Glacier National Park, faced off a Golden Bear in Yosemite, and encountered a mountain lion in Yellowstone. Then he returned to New York, got on match.com and met a wonderful woman, who happened to be his daughter’s neighbor. Now, John’s business cards list kayaking, rowing, hiking biking, sailing, x-country skiing and snowshoeing as his pursuits, and also indicate Miriam Weber as his partner.

While John is physically active in retirement, he’s measured and contemplative in his political, social, and emotional perspectives. John’s years in municipal government allowed him to witness both sides of negotiations, and develop empathy with different points of view. I visited John during the Baltimore riots after the police killed an unarmed Black man. When I expressed surprise that police departments throughout the country didn’t seem to understand how their actions were viewed in the general population, John said, “Police are a closed society, 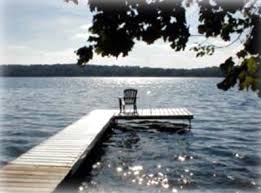 and corrupt. They are going to protect their own. But I wouldn’t want their job.”

John exemplifies how aging offers a more generous view of life. The foibles of human nature are easier to detect and easier to accept. “I have three children, each with families, all doing well. I had a great marriage and now have a second satisfying relationship. I have no regrets.”

“Would you like another beer or some ice cream?”

Since I am not travelling to badger people, I only ask my question once. I figured that John didn’t want to answer directly. Our discussion continued, ranging from the environment to the presidential election to the virtues of rowing on Lake Cazenovia. But the more I thought about John’s answer, the more I liked it. That two of my favorite things will still be available for me to want, and to have, tomorrow.

Greetings reader. I am a writer, architect, cyclist and father from Cambridge, MA. My primary blog, theawkwardpose.com is an archive of all my published writing. The title refers to a sequence of three yoga positions that increase focus and build strength by shifting the body’s center of gravity. The objective is balance without stability. My writing addresses opposing tension in our world, and my attempt to find balance through understanding that opposition. During 2015-2106 I am cycling through all 48 mainland United States and asking the question "How will we live tomorrow?" That journey is chronicled in a dedicated blog, www.howwillwelivetomorrw.com, that includes personal writing related to my adventure as well as others' responses to my question. Thank you for visiting.
View all posts by paulefallon →
This entry was posted in Responses and tagged Cazenovia NY, Citicorp, Geico, John Cawley. Bookmark the permalink.