The Wyoming Stock Grower’s Association was founded in 1872, eighteen years before Wyoming joined the Union. It is the oldest trade association in the state, which reflects the importance of ranching in Wyoming. Cattle are the WSGA’s primary focus, though most issues relevant to cattle also pertain to sheep.

The agency is located within blocks of the Wyoming State Capital. Although the state legislature is favorably disposed to the needs of ranchers, WSGA puts special focus on state issues during Wyoming’s short legislative sessions (40 days for General Assembly in odd numbered years and 20 days for Budget Assembly in even numbered years). “Beyond that, most of our focus is on the plethora of new federal regulations.” These include grazing rights on public lands, endangered species protection, and water distribution. “Our job is to weigh in on behalf of cattle growers on any regulations or legislation that affects their interests.” 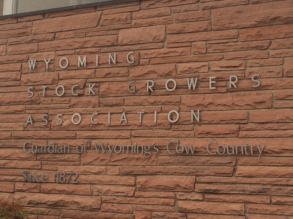 Cattle production is in an unusual position right now. The number of animals in production is the smallest since the 1970’s; Wyoming has 25% fewer head. Beef consumption is also down 8 to 10 percent. Yet the industry is resilient and profitable. In the last two years the United States has witnessed record high cattle prices and we export 19% of our national production. However, we also import ‘trim meat’, mostly from Australia and New Zealand, to mix into bulk ground beef because American feedlot beef alone is too fatty for hamburger. The cattle industry’s success is due in part to individual animals being much larger than their predecessors as a result of improved feeding techniques. Ninety percent of cattle graze free range for part of their life, but yearlings go to a feedlot. Jim acknowledges some demand for fully free-range cattle, and people willing to pay a premium for that. But free-range cattle are a tiny fraction of the total market. 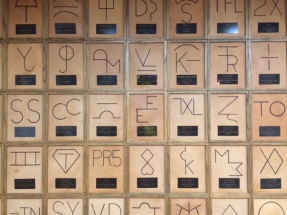 Sheep production is in greater decline. Sheep have more predators and require a different kind of supervision: 24/7 labor for months at a time. Jim uses this as an example of WSGA’s advocacy work. Since the 1950’s, shepherds; originally from the Basque region of Spain, more recently from Peru or Chile, were governed by Department of Labor rules that allowed them to live in mobile housing and work up to 33 months with the herd. Recently, Legal Services in Colorado brought suit questioning these labor practices. New rules are up for review. WSGA considers the current proposals impractical and, if implemented, will make raising sheep economically impractical in this country.

Jim Magagna has a personal interest in raising sheep; he owns a sheep ranch in the Western part of Wyoming. At one time he ran 8,000 head, now that number is in the hundreds. During the summer he spends three to four days a week on his ranch, but he doesn’t handle daily operations. His sheep graze on about 200,000 acres, of which Jim owns less than five percent. The rest is permitted grazing, on Federal Land or through other arrangements. 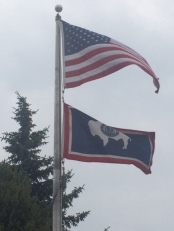 WSGA occupies an interesting position within the web of organizations focused on sustainability. Jim describes animal rights groups and extreme environmental groups as threats to ranching, but mainstream conservation groups consider ranching a benign way to preserve open space. Being from a small state, population-wise, Jim regrets that Wyoming doesn’t have a larger voice in our nation’s sustainability discussion. “We can work with conservation groups on sustainability, but we can’t work with folks who are anti-growth.” 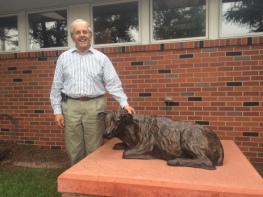 “The global demand for red meat will continue to grow as more countries become more affluent. We can produce much more efficiently.”

Greetings reader. I am a writer, architect, cyclist and father from Cambridge, MA. My primary blog, theawkwardpose.com is an archive of all my published writing. The title refers to a sequence of three yoga positions that increase focus and build strength by shifting the body’s center of gravity. The objective is balance without stability. My writing addresses opposing tension in our world, and my attempt to find balance through understanding that opposition. During 2015-2106 I am cycling through all 48 mainland United States and asking the question "How will we live tomorrow?" That journey is chronicled in a dedicated blog, www.howwillwelivetomorrw.com, that includes personal writing related to my adventure as well as others' responses to my question. Thank you for visiting.
View all posts by paulefallon →
This entry was posted in Responses and tagged cattle, Cheyenne WY, feedlot, free range grazing, raising sheep, shepherding, Wyoming Stock Grower's Association. Bookmark the permalink.