Posted on January 2, 2016 by paulefallon

Liese Siegenthaler’s got a ready smile; articulate demeanor and an open countenance. She could be a graduate student in environmental studies or psychology. Instead, Liese is tackling two of our planet’s biggest challenges – terrorism and climate change – in her graduate program at Middlebury Institute of International Studies at Monterey. “How are security and climate change related? We’re beginning to explore the connection. Within the last couple of months Susan Rice former US Ambassador to UN linked climate change to security.” 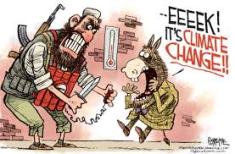 Liese has an undergraduate degree from American University, worked in D.C., the UN in Geneva, and in San Francisco before returning to school. She arrived in Monterrey for a summer intensive in French and is deep into her first semester of a two-year MPA program in non-proliferation and terrorism studies. “I like it because everything is super relevant all the time. But it is disturbing because as my intro to terrorism professor said, ‘there’s no way to predict terrorist attacks.” 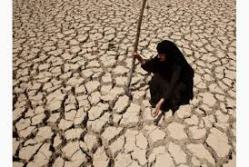 Although that’s true, knowledge of the past is as important to terrorism studies as any other discipline. Liese is studying terrorism of the French Revolution and Communism of the 1960’s. “Ethno-centric and religious terrorism are different. Communist extremists tended to be more selective in their attacks, ethno-nationalists are more scattered.”

How are security and terrorism related? “Last night I went to a talk on sea level rise. I know it’s bad. Seven hundred million people will have to move. But our government’s response to it is horrible, since no steps have been taken to deal with long-term climate change challenges.” That kind of dislocation is sure to foment unrest.

Is there something unique about terrorism targeted at Americans? “We believe in exceptionalism. Americans feel we can do whatever we want. We believe in exceptionalism. Terrorists are upset by the U.S. imposing its values more than thinking we are exceptional. Look at Boko Haram in Nigeria. Their names means, literally, ‘against Western Education’. It’s about the U.S.’ soft power. Not all terrorists are against U.S. official policies.” But soft power, being subject to interpretation, is harder to guide and control.

Greetings reader. I am a writer, architect, cyclist and father from Cambridge, MA. My primary blog, theawkwardpose.com is an archive of all my published writing. The title refers to a sequence of three yoga positions that increase focus and build strength by shifting the body’s center of gravity. The objective is balance without stability. My writing addresses opposing tension in our world, and my attempt to find balance through understanding that opposition. During 2015-2106 I am cycling through all 48 mainland United States and asking the question "How will we live tomorrow?" That journey is chronicled in a dedicated blog, www.howwillwelivetomorrw.com, that includes personal writing related to my adventure as well as others' responses to my question. Thank you for visiting.
View all posts by paulefallon →
This entry was posted in Responses and tagged Boko Haram, Liese Siegenthaler, Middlebury Institute of International Studies, Susan Rice, terrorism & climate change. Bookmark the permalink.