Posted on February 5, 2016 by paulefallon

Today it was just me and the bike and the last of the wide-open spaces before I reached San Antonio. The small towns along U.S. 90 came more frequent. Each reflected some aspect of history, geography or commerce. Sabinal had gorgeous cottonwood trees lining the river. D’Hanis was full of Dutch surnames. The cafes in Hondo welcomed hunters; the markets hawked Deer Corn. Castleville has a district of traditional Alsatian buildings. 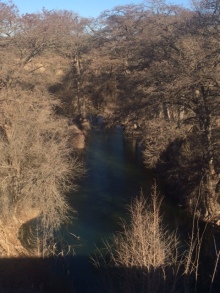 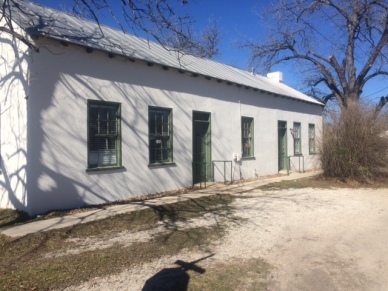 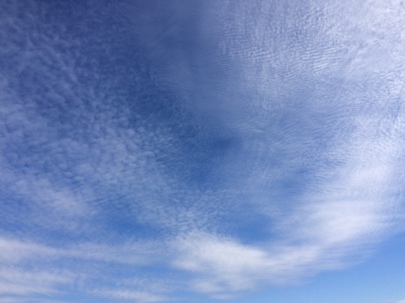 In mid morning the sky began to cloud. I watched moisture form into white wisps. The air I inhaled, tinged with humidity after so much desert, felt heavy. It smelled like a laundromat. Small changes are perceptible when traveling slow. 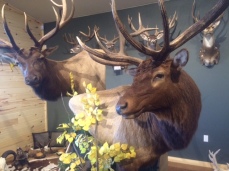 I rode by several taxidermy signs. When I passed a large shed with an open garage door displaying a giant elk, I decided to investigate. Joe Schneider of Realistic Taxidermy and his assistant Amanda explained the taxidermy process while they toured me through their showroom and workshop. The extent of hunting in this region and the range of animals that hunters want to display surprised me.

Facing a long ride with the wind often against me, I took several short breaks to keep my energy up and still make good time. I mixed traditional peanut/almond/raisin/M&M trial mix with dried cranberries. That makes a high-energy combination.

Texas roadsides are full of urgent messages, mostly political, strung out in multiple signs so speeding motorists can absorb their full intent. Ben Carson 2016: How to irritate most liberals. Enforce the Constitution. Believe the Bible. Have a job. After the Iowa caucuses, the person living in that trailer can’t be too happy.

I reached the outskirts of San Antonio by 3:00 p.m. But since I entered from the southwest and was staying in the northeast I faced twenty-five miles of bicycle treacherous sprawl.

After eight days in small towns and rural outposts, riding past new subdivisions was dispiriting: so many houses, so many cars, so little environmental regard, all in service of such an unappealing way to live. San Antonio is sunny and warm. Why do the houses have dark roofs that absorb heat? Why are they packed across the landscape without regard to solar orientation? The rows of beige boxes with windows punched at random and roofs that slant toward nothing in particular sapped my enthusiasm; what people endure to escape city taxes and claim a scrap of private property numbs me.

There’s no place for pedestrians or cyclists along this stretch where gas sells for $1.45 a gallon, a new low in my informal survey of tumbling oil prices. After a few nasty honks and much defensive riding I arrived inside the I-410 loop. Post World War II San Antonio is less dense than the exurbs; a city of ranch houses and expansive trees. Yet beyond the exclusive enclaves, affluent people have abandoned the city proper. Neighborhoods are falling into various degree of deterioration. Still, cycling within the loop was better. Traffic is more dispersed; there are even a few marked bike paths.

I arrived at my host’s before dark, invigorated by the accomplishment of traversing West Texas on my bike; ambivalent about returning to urban America.

Greetings reader. I am a writer, architect, cyclist and father from Cambridge, MA. My primary blog, theawkwardpose.com is an archive of all my published writing. The title refers to a sequence of three yoga positions that increase focus and build strength by shifting the body’s center of gravity. The objective is balance without stability. My writing addresses opposing tension in our world, and my attempt to find balance through understanding that opposition. During 2015-2106 I am cycling through all 48 mainland United States and asking the question "How will we live tomorrow?" That journey is chronicled in a dedicated blog, www.howwillwelivetomorrw.com, that includes personal writing related to my adventure as well as others' responses to my question. Thank you for visiting.
View all posts by paulefallon →
This entry was posted in Bicycle Trip Log and tagged Ben Carson, Castleville TX, Hondo TX, Realistic Taxidermy, San Antonio TX, urban sprawl, Uvalde TX. Bookmark the permalink.