‘The best way out is always through.’ Alli Sehon and Garrett Spear may be Texas transplants from the heart of Appalachian Kentucky, but their approach to life reminds me of Yankee poet Robert Frost. They grapple with the hard stuff of life in order to achieve a deeper, richer understanding of how to be human.

“In 2010 and 2011, I thought something drastic was going to happen. I bought supplies. I stored stuff. I was a prepper. Nothing happened.” Garrett realized that barricading himself was not a viable way to address the future, no matter how bleak its prognosis. “I offloaded all that stuff and decided to go to graduate school.”

He met Alli at a local Marxist group. “We call it Marxist Club.” Although Marxism barely registers on the American political spectrum, they consider it a valuable perspective from which to observe and critique our society. “Take private property. Private property is an excellent conundrum, which we often refer to as the Tragedy of the Commons. British nobility began to enclose land and claim it for themselves. As a result, the Commons, left open, got overused.” Our devotion to private property is in response to the Tragedy of the Commons. But where are its limits?

Alli and Garrett don’t believe in abolition of all private property. “Take the toothbrush. There is no logic in having a community toothbrush. Each person should have their own. That may also apply to a home.” There are advantages to individuals and families owning their own home, but allowing the wealthy few to claim unlimited amounts of property is morally wrong and bad for society.

Garrett studies project development at Texas A&M School of Architecture; he wants to understand how our real estate system works in order to change it. “Planners regulate stuff. I want to do that. I am looking for my place in the paradigm shift.” Eventually, the couple would like to return to Kentucky. “My endgame is Berea, home of Berea College; a tightknit community, full of storytellers, the center of Appalachian culture.” 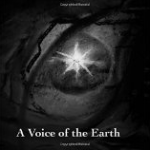 Allie is a transcriptionist who adds close captioning to movies and turns audio files to Word documents, a job she found through Craigslist that’s entirely digital and totally flexible. “I’ve never met anyone that I work with.” It’s a perfect position for the short time the couple will be in College Station, after which Alli, who has an undergraduate degree in anthropology, plans to pursue a PhD in psychology.

Alli and Garrett are not planning to have children. “What opportunity can exist for them?” Yet the couple’s work and study toward a better future undermine Alli’s bleak comment. “Ultimately, I’m hopeful. That’s why we make our own medicines and learn computer programming.” 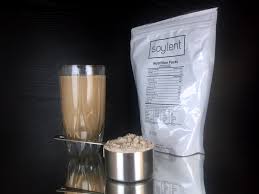 The couple shares a zest for exploring new things, sharing them with others, and adapting the way they live to whatever they find useful. Garrett was a vegetarian, and then vegan, for 10 years. “I ate a chicken Gyro and felt surprisingly good.” Now he incorporates some meat into his diet, and also eats Soylent, which he considers a nutritious alternative to a conventional meal. Alli is unconvinced Soylent is a viable food replacement, but she tries it from time to time.

There is nothing doctrinaire or strident about Alli and Garrett. They wear their Marxist ideology lightly, with humor. “I want to see a Star Trek episode that shows what place can be like in a post-capitalistic system.” 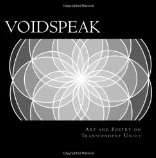 Garrett has published 20 books through Amazon on a range of artistic topics and produces a blog that explores sacred geometry. His interests range from Voicespeak, the art and poetry of transcendent unity, to comics as ways to explore the Internet. “I like to share and find others who want to share.”

He has multiple tattoos. “Being tattooed is a permanent change to my body that reminds me of the impermanence of life; it takes a couple of tattoos to realize this.”

Their experimental approach to life acknowledges that some things will work, others won’t. The value is always in trying and learning from both success and failure. As Alli says, “If we can get to a place where there are no barriers to helping people, then we will find a way to get everyone what we need.”

“Hopefully, better than today. The humanist school of psychology says the tendency of mankind is toward growth and positive thinking. The people I have in my life are very good people and understand it’s time to do better with each other and our planet.” – Alli

“How will we grow? Spiritually? Mentally? Physical growth has limits. I envision us on a steady state – Marxist of course – as opposed to an expansionist perspective. I take studying development seriously because our buildings are the longest assets we create. I want to do small-scale, permaculture development.

“There’s a pessimistic piece that says we won’t be alive. Are we in the end times of civilization? I read Cradle to Cradle. We need to redesign the system to have no waste, but can we create a sustainable cycle? Our economic system is predicated on constant growth. Can we change this? In 1990 20% of our economy was based on financial transactions. Now it is 60%. What is that exponential growth? It’s a cancer. I don’t believe that life will end or the planet will end. Our future children will come up against the hard pitch of being human.” – Garrett

Greetings reader. I am a writer, architect, cyclist and father from Cambridge, MA. My primary blog, theawkwardpose.com is an archive of all my published writing. The title refers to a sequence of three yoga positions that increase focus and build strength by shifting the body’s center of gravity. The objective is balance without stability. My writing addresses opposing tension in our world, and my attempt to find balance through understanding that opposition. During 2015-2106 I am cycling through all 48 mainland United States and asking the question "How will we live tomorrow?" That journey is chronicled in a dedicated blog, www.howwillwelivetomorrw.com, that includes personal writing related to my adventure as well as others' responses to my question. Thank you for visiting.
View all posts by paulefallon →
This entry was posted in Responses and tagged Alli Sehon, Berea College, Berea KY, College Station TX, Garrett Spear, Marxism, Robert Frost, Soylent, Texas A&M, Tragedy of the Commons, Voicespeak. Bookmark the permalink.