Posted on September 6, 2016 by paulefallon 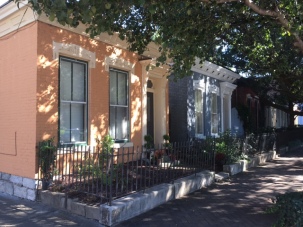 If you arrived in Louisville from the north, you might think it was a Southern city; there are shotgun houses reminiscent of Charleston or New Orleans. Coming up from the south it feels like my first Northern city, Italianate details you might find in Western New York and solid Denver Squares. 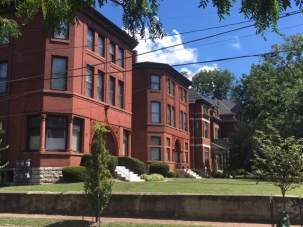 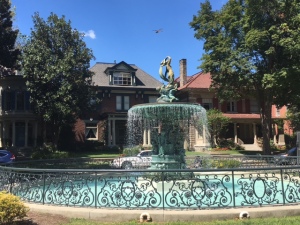 Louisville Metro credits itself as the 16th largest city in America, though I couldn’t find a source that agreed with that claim. I would agree it is the San Jose of the East – a swiss cheese city that’s annexed land around and beyond older, usually more affluent, towns. Louisville’s got a lot of square miles, a lot of roads, but not much density. 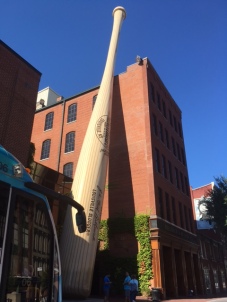 I spent the morning at the Louisville Slugger factory and museum, a terrific place that evoked memories of my baseball childhood. Louisville Slugger is one of the most iconic brands, and items in all of sport. I wondered what make this so. Tools are an extension of our human capabilities. Baseball bats allow us to power a ball very far. Yet, unlike universal tools, we are not equally adept at using a baseball bat. Elite athletes swing them much, much better than the rest of us. We ascribe hero status to masters of the bat. When I walked in the bat vault, where over 3,000 custom bat designs created for professional players are stored, I let out an unconscious ‘Wow.’ My personal guide, Tony smiled, “Everyone says that when they come in here.”

I took a short ride to the west side of town, the other side of the tracks in every respect, then spent the rest of the day touring Old Louisville, downtown and the riverfront. The Ohio River is mighty wide at this city founded on its fall line. 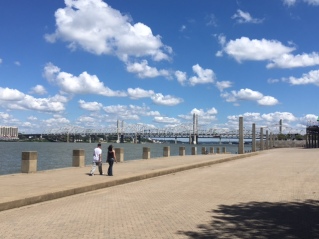 Just as Louisville seems suspended between north and south, so too it seems suspended in the early 21st century; neither a boomtown like Nashville, nor a decaying shell like Augusta. One of the few cities I’ve visited that appears to be in stasis, viable without growing pains.

I pedaled back to the east side of town and logged a good number of miles without leaving city limits. My second Louisville host lived only a mile from where I stayed the previous night!

Greetings reader. I am a writer, architect, cyclist and father from Cambridge, MA. My primary blog, theawkwardpose.com is an archive of all my published writing. The title refers to a sequence of three yoga positions that increase focus and build strength by shifting the body’s center of gravity. The objective is balance without stability. My writing addresses opposing tension in our world, and my attempt to find balance through understanding that opposition. During 2015-2106 I am cycling through all 48 mainland United States and asking the question "How will we live tomorrow?" That journey is chronicled in a dedicated blog, www.howwillwelivetomorrw.com, that includes personal writing related to my adventure as well as others' responses to my question. Thank you for visiting.
View all posts by paulefallon →
This entry was posted in Bicycle Trip Log and tagged Louisville KY, Louisville Slugger, Old Louisville. Bookmark the permalink.