Posted on October 4, 2016 by paulefallon

When I began my journey last May I targeted a visit to each of my twelve nieces and nephews. At the time, eleven of them were scattered across seven states, while eldest nephew James, who has a troubled history of homelessness, was unaccounted for. I’ve visited seven of my nieces and nephews so far, as well as their spouses and children, several for the first time. This spring James surfaced in Pueblo Colorado where he’s currently serving a thirteen-year sentence at San Carlos Correctional Facility. His story is a tragic example of how our society fails its most fragile citizens, yet our visit offered a sliver of hope and gave my mind some ease. 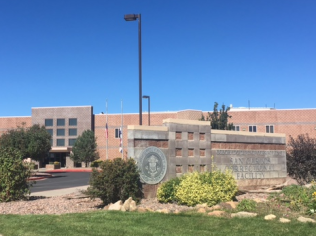 Here’s the tragedy. James, 41, has suffered schizophrenia since high school. He’s been in and out of treatment facilities and prison, lived with family and on the street, attacked people and been attacked. He is the spitting image of my brother, his father, except for his nose, which has been broken several times. Like so many people with mental illness, James feels better when his medication is stable; then he grows independent, goes off his medication, and deteriorates into delusion or violence. I have never witnessed James as anything but a mellow soul, though I know enough about his unleashed anger to admit it is real.

According to James, two years ago he was living on the streets of Denver with winter coming on. He decided to go to jail, so staged a modest theft in a convenience store. When the clerk did not call the police, James pulled a pair of scissors from his pocket, which escalated his actions to assault. An action designed to provide a warm bed for a few months turned into a long sentence. 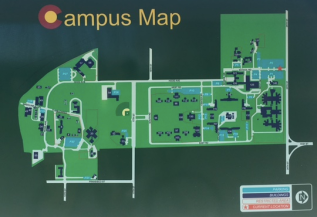 Here’s the sliver of hope. James is incarcerated at San Carlos Correctional Facility, a federal prison within the Colorado Mental Health Institute at Pueblo, a college-like campus that includes an array of inpatient, outpatient, youth and penal facilities. Every aspect of my experience, from the initial application to visit I made months ago, through the guards good humor when I arrived on a bicycle, through the respect they show my nephew, was dignified and humane. James looks better than I’ve seen him in years. He has the sluggish response of a person heavily medicated, but he’s coherent, logical, and healthy looking. After talking to strangers all over the country for more than a year, I was anxious about conversing with my own nephew through glass for an hour. The time passed well. We had a few laughs. 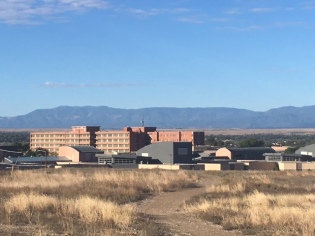 San Carlos is a medical institution; regular therapy and group classes are part of James’ routine. Within a year he will be transferred to regular prison. He is not looking forward to that. Hopefully, his time at San Carlos will give him the skills to better cope in his next placement, and eventually, in some capacity in the open world. James will never participate in our society as he might if his head wasn’t plagued by voices. But wouldn’t it be wonderful if we could find a way to offer him the stability and contentment he needs without being behind bars? It seems to me being able to see the mountains just beyond his walls could do him so much good.

Greetings reader. I am a writer, architect, cyclist and father from Cambridge, MA. My primary blog, theawkwardpose.com is an archive of all my published writing. The title refers to a sequence of three yoga positions that increase focus and build strength by shifting the body’s center of gravity. The objective is balance without stability. My writing addresses opposing tension in our world, and my attempt to find balance through understanding that opposition. During 2015-2106 I am cycling through all 48 mainland United States and asking the question "How will we live tomorrow?" That journey is chronicled in a dedicated blog, www.howwillwelivetomorrw.com, that includes personal writing related to my adventure as well as others' responses to my question. Thank you for visiting.
View all posts by paulefallon →
This entry was posted in Uncategorized and tagged Pueblo CO, San Carlos Correctional Facility. Bookmark the permalink.