Justin Eagleboy represents the traditional values of the American West better than anyone I’ve met in a cowboy hat. Justin and his three sisters were home schooled in western Colorado. His mother died when he was eleven. Their mother’s death formed a deep bond among the siblings. “It’s too bad my mother died, but I can’t imagine not having this bond with my sisters.” Only a true stoic could find light in his mother’s death.

Justin went on to community college at sixteen, made what he calls, ‘life mistakes’ and wound up in Colorado’s eastern plains; not a place any mountain man would choose, though Justin admits that the sunsets are beautiful. He met his wife Jess at a restaurant she managed. He came in night after night. “I finally broke her down and she went out with me.” Now that they’re married, Jess is surprised he’s such a homebody. “I don’t much like going out. She thought I went out all the time, but I was just going out to get her.”

The couple lives in a 31-foot airstream trailer with Justin’s daughter from an earlier relationship. “I like the idea of being a minimalist. It’s just hard to implement. Jess’ brother parked his car out our way. Now, we’re storing stuff in it.”

Justin works construction. He specializes in concrete counters and would like to develop that niche, though not to the degree his current job demands. “Americans work so much. I work for a boss who has a house to pay for and an RV to pay for. We could work a bit less if we didn’t have so many things to pay for.”

He often works on what he calls, ‘million-dollar poor farmer’s houses.’ “There is a culture of complaining that goes with farming; that things in the past were always better. They all complain they have no money; that they suffer to feed the world. We just built a huge garage for a farmer to store his motorhome. It was ridiculous, to build a house for a house on wheels. Americans, they have no idea what to be afraid of.”

Justin is skeptical of the cultural assumption that we work full time until a certain age, and then enjoy life. He wants a better mix. “Americans don’t take a lot of vacations. Then they do extravagances. They splurge because they don’t do it often.” Justin’s travelled all over the US and throughout the world. “Travel is it’s own education.” 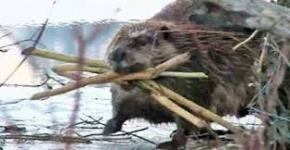 As I talk with people about tomorrow some debate whether the human propensity to plan sets us apart from other animals, but no one articulated the differences as well as Justin. “We are not the only creatures who plan. Other animals plan – they anticipate what they need to survive. But humans plan beyond survival. We take risks, we do things that are counterintuitive in order to move forward.”

“Hopefully better than we do now. I know it will be better. It’s generational. I can’t identify with Donald Trump saying America needs to get better. It’s already good and getting better all the time. The younger people will capitalize on good ideas.”

Greetings reader. I am a writer, architect, cyclist and father from Cambridge, MA. My primary blog, theawkwardpose.com is an archive of all my published writing. The title refers to a sequence of three yoga positions that increase focus and build strength by shifting the body’s center of gravity. The objective is balance without stability. My writing addresses opposing tension in our world, and my attempt to find balance through understanding that opposition. During 2015-2106 I am cycling through all 48 mainland United States and asking the question "How will we live tomorrow?" That journey is chronicled in a dedicated blog, www.howwillwelivetomorrw.com, that includes personal writing related to my adventure as well as others' responses to my question. Thank you for visiting.
View all posts by paulefallon →
This entry was posted in Responses and tagged Justin Eagleboy. Bookmark the permalink.