Begin life in Karachi Pakistan for youth and undergraduate degree, move to Malaysia for MBA, shift west to Dubai for consulting, rocket to Minnesota for Masters in Data Science and severe climate shift, on to New York City and land in Bentonville all before age thirty. “I have been here a year and a half, the longest I’ve been anywhere in a long time.”

When Hamza Farooq solved a data set problem posted on Kaggle.com, Wal-Mart came courting. “I had a job in a company in New York. Wal-Mart flew me here, took me in a room with a super computer bigger and faster than any I’d ever seen. They said, ‘you can play with it’ and left me alone for an hour. When they returned they said, ‘welcome to your new office.’” 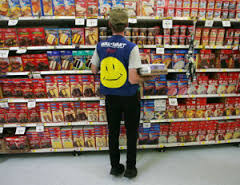 Hamza lives in a minimally furnished one-bedroom apartment littered with The New York Times and The Economist. He’s reading Ted Chiang’s Stories of Your Life. He builds his own small computers and makes his own work hours. “My role is to determine the right mix of products to have on the shelf in any store.” To most of us, all Wal-Marts appear the same. I know where to find the bicycle tubes and Power Bars in any city. But the products and quantities in each store vary in ways a typical customer will not perceive. Hamza tweaks each store’s inventory, enabling Wal-Mart to sell twice the volume per square foot compared to most retailers. “There are 4600 Wal-Mart stores in the US offering over one million products to one hundred million households. I determine what goes on the shelf in Plano Texas.” 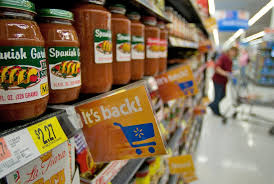 That determination involves huge quantities of data but also a dose of human interaction. “I spend a lot of time in stores and talk to people. It’s all about customer satisfaction,” which is related to employee attitude and efficiency. Hamza is expert and pinpointing the underlying problem of underperformance. “I use a normal curve for everything in life. There is no correlation or causation either way. If the customers are satisfied and the staff is happy, that is the key. If not, look at the externals, like the back room or the competition or whether the access road is under construction.” Those are the factors we like to blame, but they are almost always the outliers.

“I excel at behavioral economics. Pure economics assumes everyone has complete knowledge, but no one has full data, and we all make habitual and irrational decisions.” Hamza ordered entree #20 at Thai Basil without consulting the menu. “I have been here enough to know what I like. I don’t need to explore anymore. I order that dish every time.” 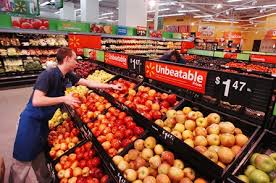 Hamza has couchsurfed all over the world, but I was his first guest in the United States. “I don’t understand people here. They have such fear. In Berlin or Vienna people invited me in, we got to know each other. In Dubai every Wednesday was a volleyball match sponsored by couchsurfers. The unwritten rule was, ‘everybody plays.’ In this country, to get three people together is an achievement.”

What are we so afraid of? “People here say, ‘we need guns.’ In my country I live in a house with a wall and barbed wire and two full time guards. Still, I have been held up twice at gunpoint. This country’s politics run on fear, but there is so little to fear here.”

So why does Hamza, who could live and work almost anywhere, choose to be in the United States? “It’s Maslow’s Hierarchy. The problems here are real, but of a higher order than in the developing world.”

Hamza must have seen my face drop at such a brutal response from such a nuanced individual. After a long pause, he added, “Fighting stereotypes and fighting fear.”

Greetings reader. I am a writer, architect, cyclist and father from Cambridge, MA. My primary blog, theawkwardpose.com is an archive of all my published writing. The title refers to a sequence of three yoga positions that increase focus and build strength by shifting the body’s center of gravity. The objective is balance without stability. My writing addresses opposing tension in our world, and my attempt to find balance through understanding that opposition. During 2015-2106 I am cycling through all 48 mainland United States and asking the question "How will we live tomorrow?" That journey is chronicled in a dedicated blog, www.howwillwelivetomorrw.com, that includes personal writing related to my adventure as well as others' responses to my question. Thank you for visiting.
View all posts by paulefallon →
This entry was posted in Responses and tagged behavioral economics, couchsurfing, Hamza Farooq, Wal-Mart. Bookmark the permalink.