“Disasters are 100% political.” For a federal employee, Juliette Hayes says downright radical things. Yet she gets away with it because: one, she’s right; and two, you know she’s coming from a place that wants to help, not hinder. She’s also smart and persuasive and adheres to Dr. Helen Caldicott’s dictum that ‘a woman in pearls can say anything.’ Juliette’s title, Risk Analysis Branch Chief, Mitigation Division, FEMA Region IX, entitles her to a corner office, albeit the smallest one I’ve ever seen. The sun pours through her twin windows. The space is both toasty and cozy, but Juliette’s assessment of FEMA’s strengths and challenges is cool and analytical.

Juliette grew up in San Francisco, studied social policy and planning, attended the London School of Economics and returned to the Bay Area in 2000. Juliette decided to work for the government instead of a non-profit, “I wasn’t prepared to be an armchair activist. If you want to make real change, you have to be in the thick of things.” Most people don’t understand FEMA’s scale. “FEMA is one of the largest development agencies in the United States. W 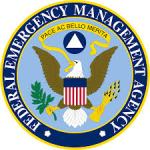 e use the lens of emergency, but we are on par with HUD on development.”
Juliette began working at FEMA in 2004. The following year the country was hit by three hurricane disasters. “Mississippi and Louisiana after Katrina were two different disasters. The Mississippi effort was good. Mississippi has a paternalistic tradition, which may not always be a positive, but is great in a disaster. Louisiana had none of that.” FEMA changed many procedures after Katrina, but “FEMA always designs to the last disaster,” so the changes may or may not be relevant to new calamities. 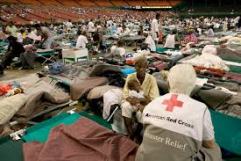 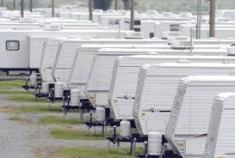 FEMA is divided into four divisions. Response provides water, food, fuel and shelter immediately post-disaster. Recovery captures the largest chunk of FEMAs budget. It restores infrastructure, which usually takes three months to a year after a disaster. Individual Assistance provides money to individuals to restore private property. FEMA distributes that money but doesn’t track how it is spent. Finally, there is Mitigation, Juliette’s division, charged with reducing or eliminating threats. Mitigation is the only division whose focus is pre-disaster. “We are the least cool group. When we are successful, it’s not on the news. It’s hard to get funding for mitigation since there’s no political will behind it.”

Juliette is reasoned in assessing FEMA. “We should be better. We should address what’s broken. We should work toward sustainability and resilience If we have to address climate change and resiliency, we need to do it in a thoughtful way.” But she knows that there are hard choices ahead. “We are going to have to go eminent domain on water rights. It is going to become a property rights issue.” And she speculates whether FEMA provides a crutch that hinders local responses to disaster. “If we didn’t have FEMA, what would disasters look like? Would communities be stronger?”

FEMA also struggles with governmental fiats that hinder technological capabilities. FEMA flood control maps, which establish flood insurance requirements throughout the country, are approved by Congress. The maps are supposed to be updated every five years. But real time mapping data exists. “What does it mean to have five year old ‘legal’ data, when newer, more accurate data is available?”

The number of natural disasters is escalating, and FEMA’s fundamental charge is to provide relief. However, the more FEMA can expend resources to avoid disasters, the fewer emergencies we may face. “We are trying to promote Smart and Safe growth. Let rising tides and flood plains follow their natural course.”

Juliette is excited that San Francisco, Oakland and Berkeley are among the 100 Rockefeller Communities around the world, places examining long-term resiliency strategies. “We need a balanced approach to natural hazard mitigation. It can include short term, like adding culverts to divert runoff, as well as long-term, like providing financial incentives to limit coastal development. There’s money to do this work. FEMA, NOAA, EPA, we all have money. But the money is project focused. Projects have to meet specific criteria. Some good ideas; far-reaching, all-inclusive ideas; fall outside of the funding realm.”

“My happy vision is that we are more collaborative and solution oriented. Data is part of getting us to that place. I’m going to stop there. The other vision is the one I see on the news every day.”

Greetings reader. I am a writer, architect, cyclist and father from Cambridge, MA. My primary blog, theawkwardpose.com is an archive of all my published writing. The title refers to a sequence of three yoga positions that increase focus and build strength by shifting the body’s center of gravity. The objective is balance without stability. My writing addresses opposing tension in our world, and my attempt to find balance through understanding that opposition. During 2015-2106 I am cycling through all 48 mainland United States and asking the question "How will we live tomorrow?" That journey is chronicled in a dedicated blog, www.howwillwelivetomorrw.com, that includes personal writing related to my adventure as well as others' responses to my question. Thank you for visiting.
View all posts by paulefallon →
This entry was posted in Responses and tagged FEMA, FEMA flood maps, FEMA mitigation, Hurricane Katrina, Juliette Hayes, Rockefeller 100 resilient communities. Bookmark the permalink.