I rolled under the I-64 overpass south of Charlottesville and climbed Virginia Route 20 toward Scottsville and Dillwyn. Over forty miles gradients became shallower, plantations became mere farms, suburban houses became old time bungalows, or mobile homes, or abandoned properties altogether. I was in the country. 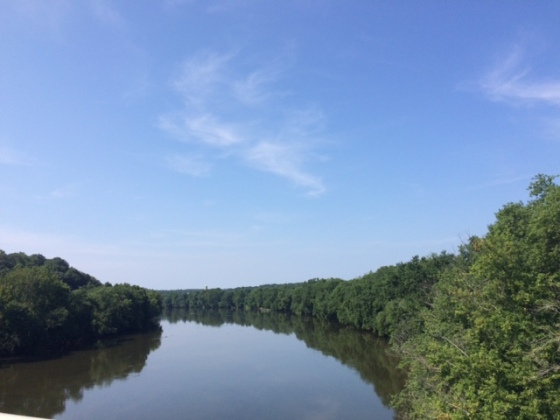 If we measured population increase and decay by area, larger tracts of our country are losing population than gaining them. Southern Virginia looks like so many places in the Mid-West and far West; the abandoned homesteads, shuttered gas stations and dwindling towns offset the new, mostly modular houses plopped down on five acres.

I continued on US 15, which is perhaps the least ‘improved’ US highway in the country: two lanes with little shoulder. But traffic was light and the courteous Virginia drivers treated me well.

Riding through Farmville on a late summer Saturday reminded me of so many other towns I’d seen on my journey: wide streets with no traffic, underutilized buildings and acres of parking. Heat simmered off so much exposed blacktop. A few souls walked the downtown sidewalk, though few stores were open. I hankered for an ice cream treat, but there wasn’t so much as a convenience store to provide Good Humor. 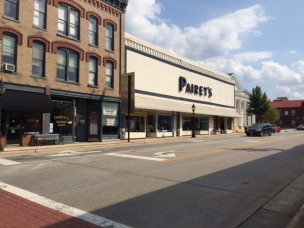 So I continued on to my hosts, who live deep in the woods about ten miles beyond town. All sorts of bugs I’d never seen landed on my sweaty legs as I pedaled along country roads perfectly scaled to bike travel. I arrived a bit early but Bryan, his wife Joy and their twin sons made me feel at home. They had been giving my question some thought before I arrived. Before I even showered and changed, we launched into tomorrow.

Greetings reader. I am a writer, architect, cyclist and father from Cambridge, MA. My primary blog, theawkwardpose.com is an archive of all my published writing. The title refers to a sequence of three yoga positions that increase focus and build strength by shifting the body’s center of gravity. The objective is balance without stability. My writing addresses opposing tension in our world, and my attempt to find balance through understanding that opposition. During 2015-2106 I am cycling through all 48 mainland United States and asking the question "How will we live tomorrow?" That journey is chronicled in a dedicated blog, www.howwillwelivetomorrw.com, that includes personal writing related to my adventure as well as others' responses to my question. Thank you for visiting.
View all posts by paulefallon →
This entry was posted in Bicycle Trip Log and tagged Farmville VA, US Highway15. Bookmark the permalink.